Khanh states that growing up in a war-torn country, Vietnam, has shown her to view life with more compassion. Before working in Georgia, Khanh worked in Minnesota. She has worked in a variety of settings including hospice, home care and long term care. Khanh states working at Salude has been one of her best work experiences and has helped her to become a better nurse. Khanh states she enjoys working at Salude because it allows her to promote and maintain the health and well being of patients.

Aside from work, Khanh volunteers for the Atlanta Track club and at homeless shelters. Khanh considers herself  to be a “foodie” as she enjoys trying many different types of food. Khanh has run a half marathon and hopes to finish a marathon soon.

“Khanh received the Employee of the Year award because she exemplifies all of the traits we look for in a Salude employee and a nurse” said Dee Desai, Salude Executive Director.  “She is kind and compassionate, she really enjoys her profession and she serves as a positive role model for other employees. We look forward to seeing Khanh grow in her profession as she works on becoming a registered nurse and eventually taking on new challenges and roles at Salude.”

The Art of Recovery

The Art of Recovery
34 min 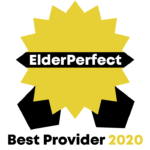